The Marks and Spencer Autumn/Winter Collection 2013

The sales for summer dresses and beachwear may be in climax this month, but the avid fashionista is already on the lookout for next season’s styles. One particular famous UK retail brand is already making headlines even before summer has officially ended.

As reported by TheMalayMailOnline.com, “Marks & Spencer, the British high-street label, decided to pull together an inspirational group of women for its latest advertising campaign. Shot by famed photographer Annie Leibovitz, the latest Marks & Spencer campaign stars a bevy of the UK’s top female talent, photographed in pieces from the latest autumn collections.”

The “Leading Ladies” fashion spread is headed by none-other than multi-awarded movie and television actress, Dame Helen Mirren. “We wanted this campaign to signal a new and confident tone of voice to introduce Autumn,” said M&S’s Patrick Bousquet-Chavanne. Leibovitz was particularly chosen in order to pull off this ambitious project. “Her unmistakable, signature style, with its truly dramatic aesthetic was exactly what we needed to communicate the essence of the campaign and of the new M&S,” he added.

The new Marks style has been spearheaded by a new hire. “The Marks & Spencer autumn/winter 2013 collection is the end product of six months of intensive customer research and the many sleepless nights of Marks & Spencer’s new style director, Belinda Earl,” MarieClaire.co.uk reported. Previously employed by Debenhams and Jaeger, Earl‘s focus is firmly exemplifying high fashion when it comes to the retail chain’s trends and quality.

The new look that M&S is aiming to achieve is now being coupled with their latest ad campaign. The campaign focuses on women being empowered. 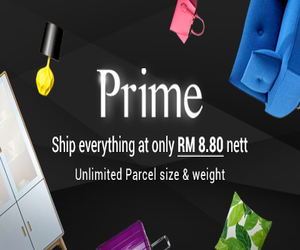